To honor that sentiment and to stave off an easy chronological snobbery, today’s post comes straight from the mouths (or pens) of men and women who have died in the faith.

From CS Lewis‘ THAT HIDEOUS STRENGTH 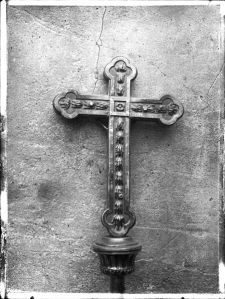 [Mark] left the Bristol feeling, as he would have said, a different man.  Indeed he was a different man.  From now onwards till the moment of final decision should meet him, the different men in him appeared with startling rapidity and each seemed very complete while it lasted.  Thus, skidding violently from one side to the other, his youth approached the moment at which he would begin to be a person…

There were no moral considerations at this moment in Marks’ mind.  He looked back on his life not with shame, but with a kind of disgust at its dreariness.  He saw himself as a little boy in short trousers, hidden in the shrubbery beside the paling, to overhear Myrtle’s conversation with Pamela, and trying to ignore the fact that it was not at all interesting when overheard.  He saw himself making believe that he enjoyed those Sunday afternoons with the athletic heroes of Grip while all the time (as he now saw) he was almost homesick for one of the old walks with Pearson – Pearson whom he had taken such pains to leave behind.  He saw himself in his teens laboriously reading rubbishy grown-up novels and drinking beer when he really enjoyed John Buchan and stone ginger.  The hours that he had spent learning the very slang of each new circle that attracted him, the perpetual assumption of interest in things he found dull and of knowledge he did not possess, the almost heroic sacrifice of nearly every person and thing he actually enjoyed, the miserable attempt to pretend that one could enjoy Grip, or the Progressive Element, or the N.I.C.E. – all this came over him with a kind of heart-break.  When had he ever done what he wanted?  mixed with the people whom he liked?  Or even eaten and drunk what took his fancy?  The concentrated insipidity of it all filled him with self-pity.

In his normal condition, explanations that laid on impersonal forces outside himself the responsibility for all this life of dust and broken bottles would have occurred at once to his mind and been at once accepted.  It would have been “the system” or “an inferiority complex” due to his parents, or the peculiarities of the age.  None of these things occurred to him now.  His “scientific” outlook had never been a real philosophy believed with blood and heart.  It had lived only in his brain, and was a part of that public self which was now falling off him.  He was aware, without even having to think of it, that it was he himself – nothing else in the whole universe – that had chosen the dust and broken bottles, the heap of old tin cans, the dry and choking places.

Audio Divina: Death, Resurrection, and the Life to Come